How To Go About Controlling Termites 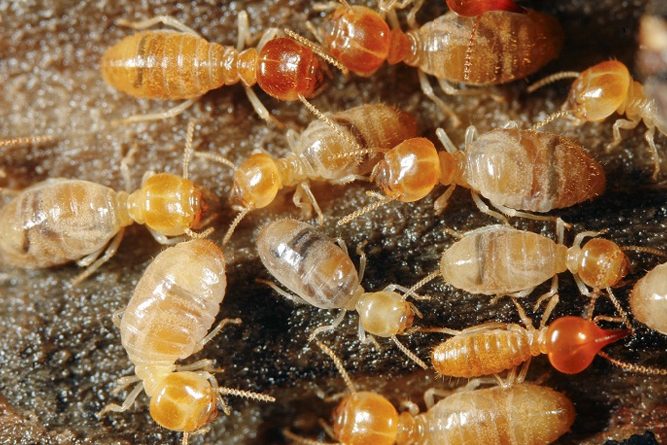 Detecting Termites- In order to address the problem of termites, it is important to be able to effectively detect them in the households and living areas. Most pests would leave signs of their existence that lets out the fact of infestation. Laid out below are the main signs that a good inspector looks for in detecting termite colonies.

Flashlight: When a strong beam of light is shown on large colonies of termites, they often scurry around. This is a strong sign that indicates the presence of termite colonies.
Sounds: A good listening device like a stethoscope would be able to effectively detect the noises made by moving insects. This is a good method to detect termite groups nestled in wall partitions.
Moisture: Most termite colonies tend to create boroughs that bring in moisture. Damp patches on walls and floors are a good give away to the presence of termites.
Activity of other animals: At times other animals in the house would act strange to certain stimuli. This could be because they would have sensed the presence of termites. A number of household animals like house lizards, which feed on termites, would also react to the ready presence of food nearby.

Many a time, it is more than a single give away that tells the house owner that there is a termite infestation. A good termite treatment Perth ensures that the smallest colonies of termites are removed with the least damage to property and fittings.

Types of Termites: Although the termites look the same to the naked eye, there are different types of termites. Not all termites do act the same way too. There are certain termites that would choose a particular wood to attack. Ineffective termite eradication, it is important to identify the type of termite colonies on hand. Most chemicals and pesticides are applied after having taken into account the habits that most types of termites display. Although termites, in general, attack any source of cellulite, there are certain species that take a liking to a particular type of wood. While using pesticides, the chemical that targets the particular species and which have the potential to cause the least collateral damage is chosen.

The Role of Professional Pest Control: As with any other activity, there is professional termite treatment Perth that helps people deal with a termite infestation. Always equipped with the latest in implements and techniques, you can count on a professional to get the job done with the minimum of fuss. Right from identifying the type of termites to the most suited treatment, the professional rarely get it wrong. Most establishments would give a no obligation estimate after a thorough inspection, to take care of any problem. The professionals would also suggest steps to prevent the reoccurrence of colonies after their successful removal.

Conclusion: In most termite active regions, it goes without saying that there is a strong possibility of a termite attack. Although there are home cures for termites as well, the wider infestation calls for a more thorough approach. Sometimes it takes the professionals to get the job done quickly and thoroughly. The Termite Treatment Perth is the optimum solution to get away from these pests as they are the experts who has the know-how to deal with all species of Termites. Give them a call ask them to investigate the property.