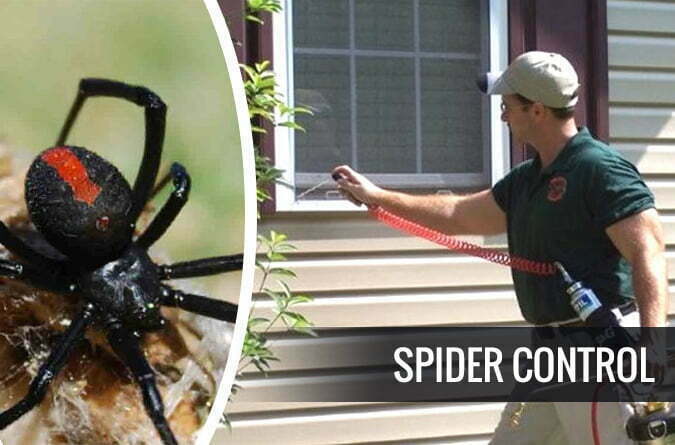 Spiders can be a real scare to both human sight and health with its eight legs and fangs that injects venom no matter how big or small it appears. It is found almost everywhere on Earth barring Antarctica, and has a staggering total of 45,700 species. Spiders feed mainly on living insects, mites, and other small arthropods. With poor eyesight, they highly rely on sensing vibrations in their web to detect prey.

An integrated approach, towards spiders infesting your house, one that is usually taken by spider control services, could be the most optimal way to fight them. The prime objectives to achieve concerning spiders are prevention, exclusion, and population reduction. The pest control professionals use many tools and methods that include multiple mechanisms. The necessary actions to be taken however depend on the type of spider one is dealing with.

The foremost step is to identify the spider and its species. Spiders that are generally found in and around home fall in categories of Wolf spiders, Sac spiders, Fishing spiders, Sowbug spiders, Jumping spiders, Parson spiders, Crab spiders, Cobweb spiders and Cellar spiders.

Preventing spiders from entering the house starts from removing piles of bricks, firewood, and other debris that serve as suitable homes for them and could move them further from the home. Other preventions could be cutting grassy or weedy areas outside the house. One must also periodically clear cobwebs and clean spider egg sacs when detected.

Though spiders very rarely bite people most spiders are normally harmless to people. Most are even incapable of biting, even when coaxed. The general symptoms of a spider bite can be redness, swelling, cramps, severe pain, or even necrotic lesions.

Hence, booking a spider inspection services the first and only step you have to take to keep the eight legged creature out of your house. Agencies like Enviro Pest Control possess a good deal of knowledge and tools to fight them. They have the right foggers inside the house that is safe for the inhabitants. They have advanced ideas of areas where spiders are common and can help set up traps in garages, basements, kitchen and bathrooms.